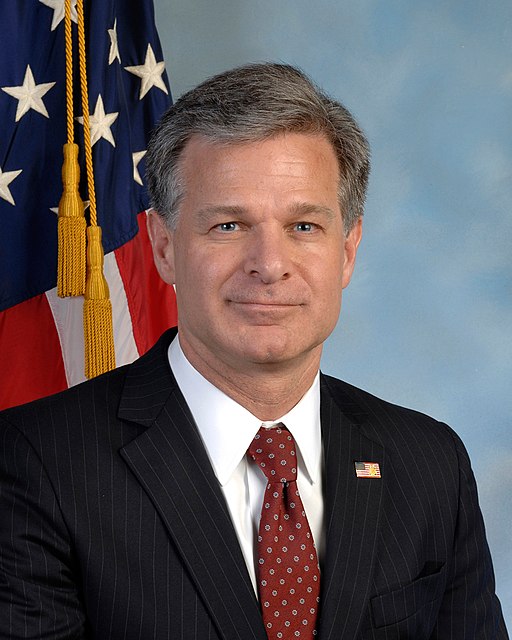 Chinese spying in the US is increasingly common. FBI Director Christopher Wray said Monday that the bureau opens an average of two counterintelligence operations per day. He spoke exclusively with NBC News about the scale of Chinese efforts to steal US technology:

“There is no country that presents a broader, more severe threat to our innovation, our ideas and our economic security than China does,” he said.

In a speech Monday at the Reagan Library in California, Wray warned that China’s economic espionage has reached a new level, “more brazen, more damaging than ever before.”

The Chinese government has repeatedly insisted that it doesn’t steal U.S. business secrets. But the FBI has accused Chinese spies of targeting a wide range of U.S. innovations — including Covid vaccines, computer chips, nuclear power plants, wind turbines and smartphones, for example.

Sometimes a company’s technology is stolen by planting spies inside company, the FBI said. But other cases involve theft committed remotely through computer intrusions. And when it comes to that method, Wray said, China has no equal.

“The scale of their hacking program, and the amount of personal and corporate data that their hackers have stolen, is greater than every other country combined,” he said in the interview.

Wray has long accused China of using pressure tactics to block criticism from dissidents and members of the immigrant community in the United States, which he said amounts to Chinese officials exporting their oppressive tactics.

Wray did emphasize that he is speaking strictly about the Chinese government and the Chinese Communist Party, not the general population of Chinese people.

SHARE THIS WITH YOUR FRIENDS:
Tags:China, Christopher Wray, FBI, Spying

Wray should be the first one to have a full forensic investigation into his own doings and lack of any real initiative in looking into the Bidens. He should lose his job already for sitting on Hunter’s laptop for two years.

Think Blown Away Wray is a little late to the dance.

This guy should of NEVER been in President Trump’s administration.
He’s a turn coat and more than likely very compromised. Never liked him, much less trust him.

Blown away wray,how ironic.U mean they are looking into something besides the russian collusion, and TDS of the dummycraps. I think it’s time to check out hunter biden’s lap top and the corrupt big guy,probably to busy for that though.

Has the FBI got time for Chinese spies, I mean there’s lots of patents at school board meetings that need intimidated. We need to have priorities don’t we?