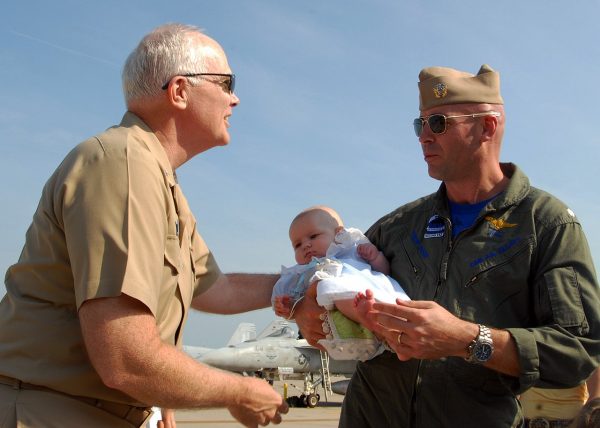 Democrats were shut out of the runoff in May, guaranteeing GOP control of the seat. The National Republican Congressional Commitee (NRCC) congratulated Ellzey on a “hard-fought” victory.

“Congratulations to Jake Ellzey on a hard-fought win. #TX06 District has elected a staunch conservative who will fight Democrats’ socialist agenda of open borders, higher taxes and massive spending packages that are causing the cost of goods to skyrocket,” Chairman Tom Emmer (R-MN) wrote in a statement.

Once #TX06 GOP Rep.-Elect Jake Ellzey is sworn in, the Democrats' majority will be reduced to 8 seats in the House of 432 total voting members:
220 Democrats
212 Republicans
3 vacancies: Florida 20: Hastings-D, Ohio 11: Fudge-D, and Ohio 15: Stivers-R

Democrats have been confident they could flip Texas, but recent special elections in the state have proved otherwise.

SHARE THIS WITH YOUR FRIENDS:
Tags:Jake Ellzey, Texas, Trump

Great job by Jake Ellzey. I’m sure he will fit in well with a Trump Presidency

The clown act continues, Pelosi an Biden Follies continue,
Pelosi an Biden two political hacks, Pelosi now thinks she runs the House and also Senate, Biden thinks he is also Governor of Texas, are they now trying to form their own government? Sorry, you two old farts, you have lost your minds, they know the house will be republican soon, ,the investigations will begin, the corruption of both will be well known to all. The Democrat party will become lost in time, just as their KKK was lost in time for democrat history. Both are in so far over their mental capabilities, IQ levels any cognitive control screens. Most Biden executive orders are illegal, most Pelosi edicts are worthless, just like most of San Francisco has become desolate to real Americans. There are so many law suits against the Biden administration he has to hire more and more layers at the tax payor’s expense ,what a way to govern, Biden follies will continue right up till he is impeached or resigns, The Biden covid border invasion continues up until Americans begin to die, criminal charges will be pending.

Paul
Reply to  charles A wilkins

I agree with everything you said Charles Wilkins except, the investigations will begin, the corruption of both will be well known to all. I’ll bet that Republicans will never investigate after they take over the House. I wish they would but it just won’t happen.

True republicans have finally doing battle with the left bravo

DON’T LET THE COMMOS PUSH YOU INTO 2024. THE 2020 COUNT IS NOT FINISHED. STAY STUBORN. SAY ENTRENCHED.

I want to see more and more red as things progress.

I was tricked into sending money to Jake Elizey because I was solicited by WinRed which previously solicited for Trump. WinTed will be deleted from my regular contributions.

I got about 2-3 emails DAILY from Ellzeys campaign – for MONTHS. Each email was worded to make a person think that Ellzey was running against a democrat and that Pelosi and her gang would win if Ellzey lost. I complained to Ellzey’s campaign and wrote Ellzey twice saying that his emails were fraudulent and misleading – crickets. I don’t know who would have been the better America First senator, but I cannot respect the way Ellzey and his group misled people he emailed.

Yeah..and THIS gives the LIE to all the ‘Oh NO..I’m going to lose!’ emails we received from the Jakester. I am glad I contributed no $$$ to his campaign. Yet I wish him success, that he transcends the SWILL of the DC Swamp and makes a genuine contribution to save the Republic, If not, to HELL with him.

If he is willing to lie and deceive Americans to get elected, then he is just another theiving Rhino that will sell out America to enrich himself and his family like Mitch McConnell is a sell out to the Chineese. Tru.p endorsed the right person and of this had been a Republican Primary and not a special election, Ellezy would have loss. However, since Democrats were voting and there was no Democrat candidate left, they voted against the Trump candidate. Not a loss for Trump, and not a win for Democrats. Just a win for a McConnell Rhino.

The truth is, the repukes, are, whoever they elect, still a bunch of spineless,politicians, until they get rid of all rhinos,cheney,assinger, to start with, and the 20 other sheep in wolves clothes, that ruin the party. Wise up, and grow some,or u will never be smart enough to stop this stealing of elections, u repukes are to blame for all of us Americans getting screwed by letting dementia,joe,mentally unfit, loony=tune destroy our country.Get your head out of your behinds and do something. Close the illegal open border,Hidenbiden can’t let this happen,against the dam law,dummies.

If the Democrat candidates were shut out in May runoff, then the Democrats voted for the non Trump endorsed candidate giving the election to Ellezy. No surprise there, to be expected. Quit trying to play it up as a Trump loss. If it was a primary election with only Republican voters and not a “Special Election,” then Ellezy looses. You f_ _king so called “journalist” are always trying to twist things to make them something they are not. There are no real journalist left, no matter who they write for, the left or the right. A lot of old Party Trump haters still around I guess.