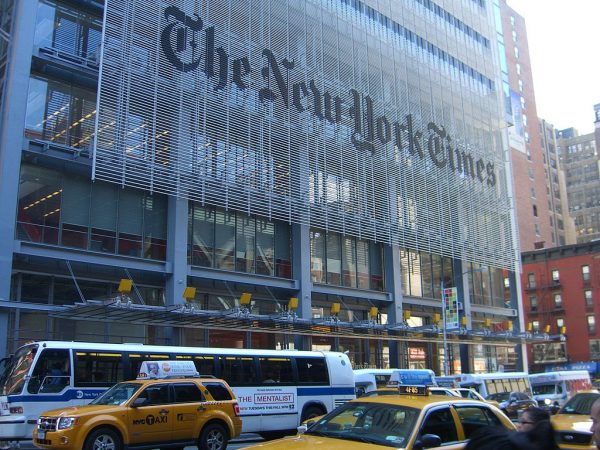 It appears the New York Times will be giving employees days off the combat “exhaustion.”

Taylor Lorenz, the controversial teen culture correspondent, and other New York Times employees will be awarded several “Global Days Off” this year in an effort to combat “exhaustion [and] burnout” in the professional journalism community, the paper’s executives announced this week.

“Recognizing how hard the past year has felt, we’re announcing the launch of quarterly Global Days Off for the remaining three quarters of 2021,” executive editor Dean Baquet and other members of the Times leadership team wrote in a memo to staff on Wednesday.

The goal of the initiative, according to the memo, is to “create a few moments to reset as we have just come through a difficult period that has produced a sense of exhaustion, burnout, and a need for respite for many.” The special days off, which all fall on Fridays, have been scheduled for May 14, Aug. 13, and Nov. 5 and will be in addition to existing time off for vacation, personal days, and holidays.

The decision to make the days off “global,” as in companywide, was motivated by leadership’s desire to “meaningfully reduce the flow of emails, Slacks and texts, and give everyone a quiet day to refresh.” Some employees, however, will not be able to take those days in order to keep the organization functioning and will instead be given an equal number of days off to use at their discretion.

Who knew lying would be such a difficult and demanding task?

You need good memory and no conscience to lie. I think that would wear heavy on your soul. But I doubt more rest will help.

They should give all of their employees a decade off. Putting out nonstop propaganda is hard work!

We used to call that “weekends”! And it didn’t cost the company or the taxpayer anything.

What a joke. These lazy “journalists” never investigate before reporting…they only check with other sites when they are not repeating the spiel from the Democrat’s propaganda machine. It’s been shown on video how the major news outlets repeat verbatim the same lines.

They are called Liberal Talking Points and are passed along to all the fake news and liberal journalists who pollute the air waves.

Never paid any attention to this bowl of crap. People with 0.1 IQ wiping A***with this shit is there except DemRats. they only have 4 sorces of news NTC, Washinton PS, Fakebook and Twit***k

gee what a shame the New Yuck Crimes little snowflakes need some save place time to pet there puppies.

I’m exhausted every time I read crap from the New York Times, can I have the day off?

What a bunch of weenie headed wimps! They could never handle being war correspondents.

It’s not the exhaustion from hardwork that demands time ff it’s the strain of reaching for credit ability that doesn’t exist.