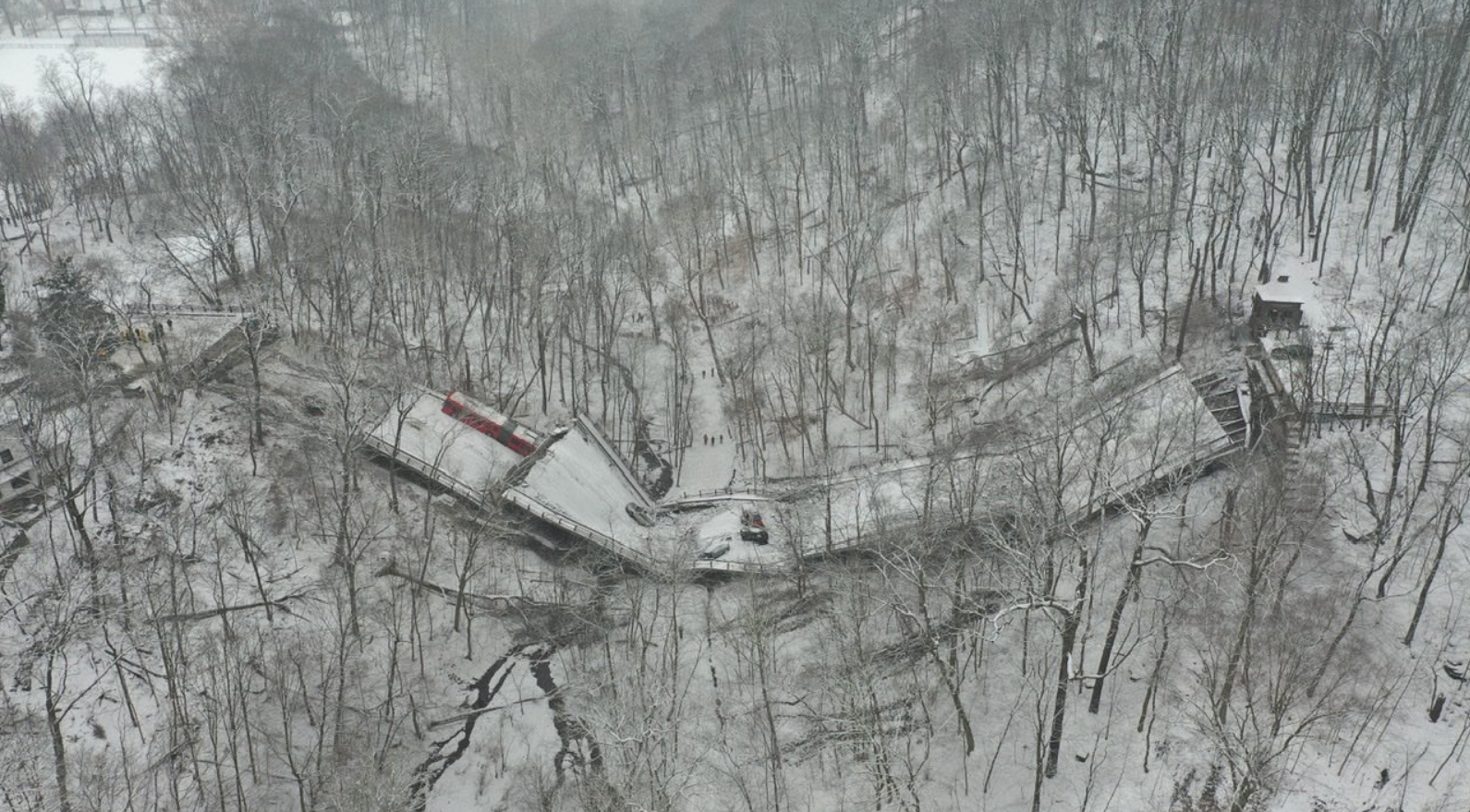 President Joe Biden will proceed with his scheduled trip to Pennsylvania to push infrastructure legislation just hours after a snowy bridge on the outskirts of Pittsburgh collapsed. 10 people were injured but there were no deaths. Biden will visit Mill 19, once a major metals producer that has shifted its focus to automation and robotics.
Read More

Part of Biden’s infrastructure bill that Democrats are pushing through Congress seems to reward states with more immigrants. According to The Daily Wire: The infrastructure bill pushed by President Biden and Senate Democrats apparently rewards states with more immigrants, offering them federal money based on the number of “covered populations” proportional to the total number
Read More

Democrat Senator Kyrsten Sinema (D-AZ) is signaling hesitancy on infrastructure, and that hesitancy likely isn’t sitting well with Chuck Schumer. According to Town Hall: Oh, you know Sen. Chuck Schumer (D-NY) was probably not too pleased about Sen. Kyrsten Sinema’s (D-AZ) latest intentions about the infrastructure deal and the even more controversial reconciliation bill. The
Read More

A new report is stating that Nancy Pelosi’s investment portfolio would benefit from the recently introduced Biden infrastructure plan. According to The Washington Free Beacon: Pelosi’s husband Paul purchased between $500,000 and $1 million in Tesla investments in December. Biden’s infrastructure plan will lead to a windfall for Tesla and its shareholders. On Wednesday, Biden unveiled his
Read More

President Trump wants an infrastructure bill to make its way through Congress but it appears that it will face opposition from his own party. According to The Hill: President Trump’s election-year push for a $1 trillion infrastructure spending bill to boost the struggling economy faces strong opposition from Senate Republicans. GOP senators are warning that
Read More

“No longer will we allow the infrastructure of our magnificent country to crumble and decay. While protecting the environment, we will build gleaming new roads, bridges, railways, waterways, tunnels, and highways.” President Donald J. Trump IMPROVING ENVIRONMENTAL REVIEWS:  President Trump’s Administration is working together to improve and streamline environmental reviews for major infrastructure projects. Federal
Read More

Local 18 Richfield Training Site Richfield, Ohio 2:07 P.M. EDT THE PRESIDENT:  What a group.  Remember, you can’t win unless you win the state of Ohio.  Right?  You can’t.  (Applause.)  And I’m thrilled to be back in Ohio.  And I’m proud to be here with the incredible carpenters, laborers, all of the members of the
Read More

Members of Congress Senate Majority Leader Mitch McConnell (R-KY): “Rebuilding America’s #infrastructure is a critical issue that @POTUS, his Administration, and Congress are continuing to work to achieve together.” House Majority Leader Kevin McCarthy (R-CA): “America is coming back. With more Americans working and the future finally looking up, Congress will continue to work with @POTUS to
Read More