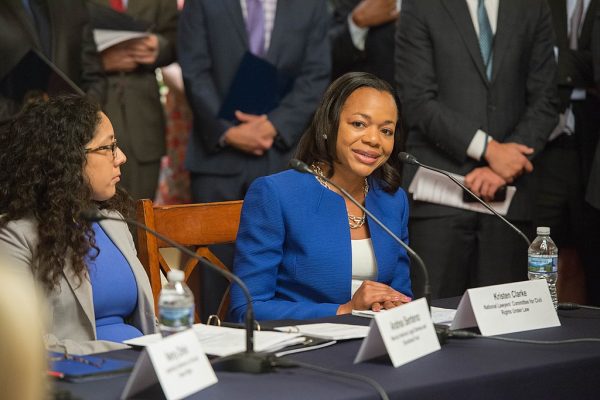 Controversial Biden nominee Kristen Clarke has been confirmed by the senate as Susan Collins broke with the GOP. According to The Washington Free Beacon: The final vote was 51-48, with Sen. Susan Collins (R., Maine) joining Democrats to support Clarke’s nomination. Democrats teed up the vote to coincide with the anniversary of George Floyd’s death, touting
Read More

The Department of Justice has announced the indictment of ISIS terrorists who are accused of murdering American hostages. According to Town Hall: The Department of Justice (DOJ) and FBI announced indictments for two British ISIS terrorists, Alexandra Kotey and El Shafee Elsheikh, belonging to the notorious terrorist group “The Beatles.” The charges are related to alleged involvement
Read More

The Department of Justice has designated 3 cities for supporting or permitting anarchy. The three cities, which should come as no surprise are Seattle, Portland, and New York City. According to The Hill: The Justice Department announced Monday that New York City, Seattle and Portland, Ore., would be designated as jurisdictions “permitting violence and destruction
Read More

The Trump administration has announced that it will send federal agents to Detroit, Cleveland, and Milwaukee. This move expands a federal program that sends reinforcements to Democrat-run cities where violence is escalating. According to The Hill: “For decades, the Department of Justice has achieved significant success when utilizing our anti-violent crime task forces and federal
Read More

Federal authorities are distributing masks and other equipment to New York and New Jersey medical personnel after it was confiscated during a price-gouging and hoarding investigation. According to The Hill: Hoarded personal protective equipment seized by the FBI in a price-gouging investigation will be distributed to New York and New Jersey health care workers to
Read More

The Trump Administration has announced that charges have been filed by the United States Department of Justice against Venezuelan President Nicolas Maduro for drug trafficking. According to The Hill: Attorney General William Barr announced Thursday the indictment of Venezuelan President Nicolás Maduro and other top officials for crimes related to drug trafficking. Maduro was charged with narco-terrorism
Read More