A former adviser to former President Obama is claiming that the breach of the Captiol was a bigger security failure than 9/11. According to The Washington Free Beacon: “It’s clearly one of the greatest security failures in modern American history,” Pfeiffer said Thursday on Pod Save America. “Worse than 9/11. It’s 9/11 if they had told
Read More 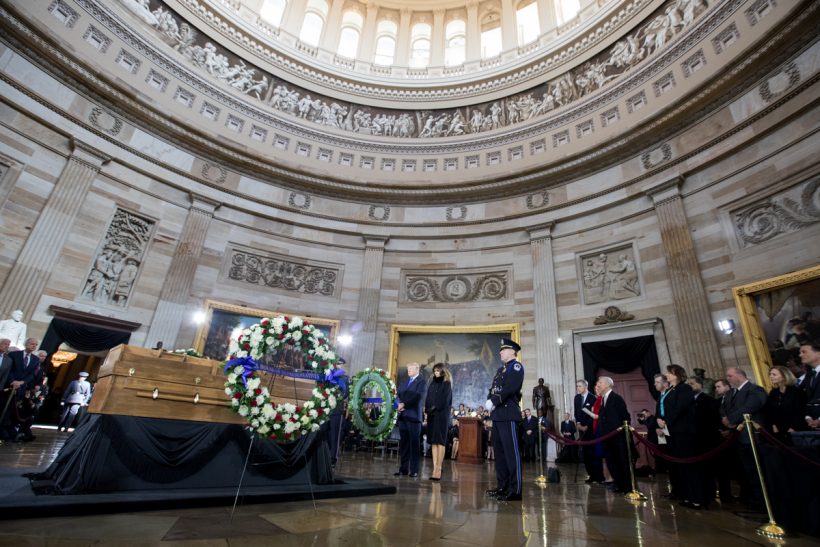 His heart was in America  “Billy Graham carried his message around the world, but his heart, as [his son] Franklin will tell you, was always in America,” President Donald J. Trump said Wednesday as he stood near the casket of the Reverend Billy Graham, who lay in honor earlier this week at the United States
Read More