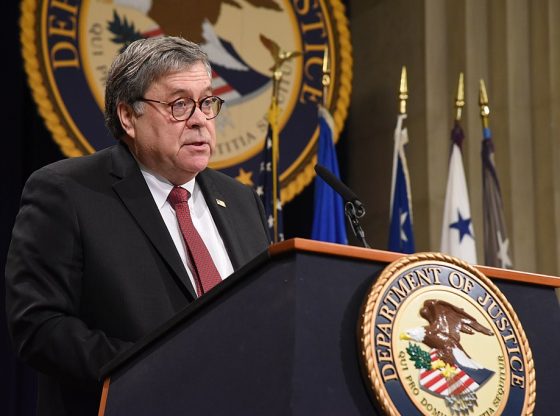 Former Attorney General William Barr blamed former President Trump for the shocking Jan. 6th Capitol riot. During an interview with NBC’s Lester Holt, Barr was asked if the former president was responsible for what happened at the Capitol on Jan. 6, 2021.

“I do think he was responsible in the broad sense of that word, and that it appears that part of the plan was to send this group up to the Hill. I think the whole idea was to intimidate Congress, and I think that that was wrong,” Barr responded.

Holt noted during the interview that Trump provided a three-page response to the network over Barr’s remarks, in which he called his former attorney general a “coward,” “a big disappointment” and “lazy.” He also said Barr’s forthcoming memoir, “One Damn Thing After Another: Memoirs of an Attorney General,” was “fake.”

The interview comes one day after an excerpt of Barr’s memoir was published in The Wall Street Journal on Thursday in which he discussed confronting Trump about the former president’s baseless claims that the 2020 presidential election was rigged.

“You started blaming the department for the inability of your legal team to come up with evidence of fraud,” Barr told Trump during a conversation, according to his memoir. “The department is not an extension of your legal team. Our mission is to investigate and prosecute actual fraud. The fact is, we have looked at the major claims your people are making, and they are bullshit.”

In the excerpt Barr says that the conversation prompted him to offer the president his resignation, however, Trump has pushed against the claims and has said he was the one to ask for Barr’s resignation.

Barr is the BS. Trump was a great President. Barr was a failed AG. Barr’s “See No Evil Monkey” act as to vote fraud was an abdication of responsibility.

Barr None must have the IQ of a fence post. The names, photo images and phone numbers of the 2,000 Mules who were paid to stuff Biden votes in the swing states are known legal evidence. The Mules are confessing that they were paid to criminally traffic (steal) huge numbers of votes, way more than the number needed to give the election back to the legitimate President, Donald J. Trump.
Barr None can’t be that stupid by accident. He’s had to work at it. Dominion voting machines have illegally scrubbed the evidence of vote flipping software, in spite of Federal Voting laws requiring 22 months time of archived vote records. Bill Barr fits my definition of EVIL.

Bill Barr exhibited being a huge disappointment to everyone.

Bill Barr is just another political hack looking out for his own butt! He’s like all the other leftists! Blame it on Trump!

Barr is a jerk.

What did Barr do to aid J6?

The Democrats stole the 2020 election with massive voter fraud in several key states. The Democrats were responsible for Jan 6th, not Donald Trump or his supporters.

Asswipe , little man RINO Barr is busted so he writes a book bashing President Trump hoping all the liberal puppets and sheep buy it . Butte plug using Barr was a worthless A.G. and he knows ,,, that everyone knows it . I wonder how safe he feels when he walks out of his house ??