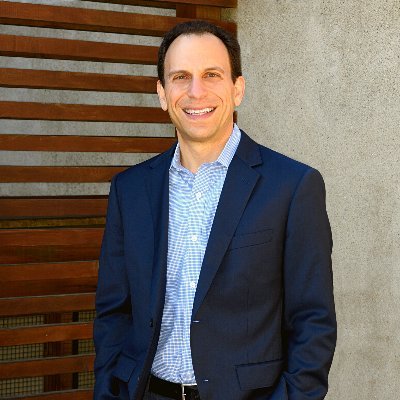 On Monday, Louisville Democrat mayoral candidate Craig Greenberg survived a shooting attempt after a local activist reportedly pulled a handgun on him and began firing in what some are calling an “assassination attempt.”

“We are shaken, but safe,” Greenberg told reporters following the incident.

“He said someone walked up to his campaign HQ, they greeted them, then the person started shooting. He says a bullet grazed his sweater,” according to David Williams with Spectrum News 1.

“The 21-year-old was identified as ‘a former intern and editorial columnist’ of the Louisville Courier-Journal by the paper itself, where he wrote that he had studied philosophy and Pan-Africanism while studying at the University of Louisville, where he’d previously served as the opinion editor of the school’s newspaper, the Cardinal,” the Daily Beast reported.

According to reports from Fox News:

“During our short stay on this glorious planet we all have been collectively dehumanized and reduced to political talking points — Black, white, liberal, conservative, Christian, criminal, boss, worker, activist, etc.,” Brown wrote in the letter. “Our sick, manipulated brethren will weaponize common sense and tell us to ‘face to facts’ — as if facts are something outside of us as if life were something we encounter as foreigners*. They will tell us that communism and collectivism has never and will never work and refuse to even explore these “childish” (or inferior) ideas.” 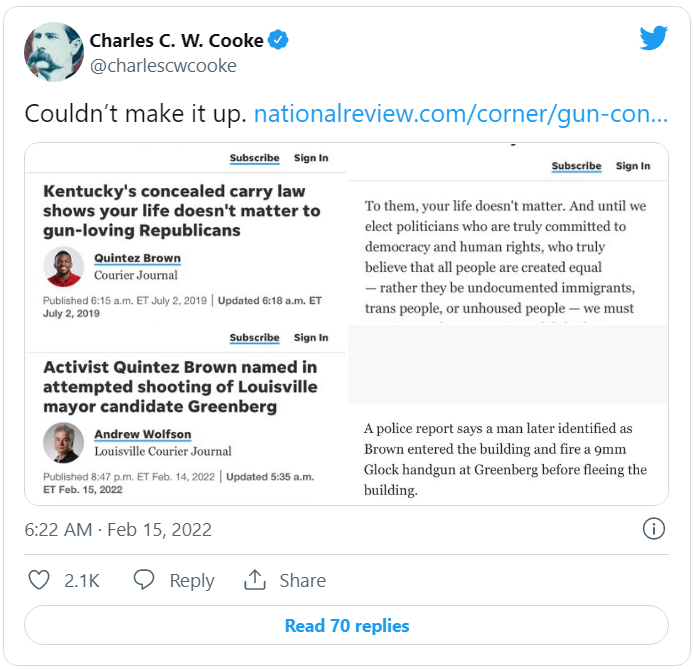 SHARE THIS WITH YOUR FRIENDS:
Tags:Assassination Attempt, Kentucky, Mayor

Hypocrisy at its finest!! 2nd amendment wasn’t made for one such as you! It was made to protect oneself from mentally unstable screwballs as you!!

Let’s see, a Black (altho’ not expressly stated, which, in and of itself is probative, the details certainly suggest as much), hyper-Liberal/Leftist (even radical), Democrat, anti-gunner attempted to shoot a liberal/leftist Democratic mayoral contender. Every stereotype and its ironic contradiction all rolled into one story. Can the world get any nuttier?

Yes it just did, he’s out on $100,000 bail which was posted by BLM. Attempted murder with witnesses and he’s allowed to post bail.

Like someone said: we are now living in the Bizarro world. The laws of physics are about to invert.