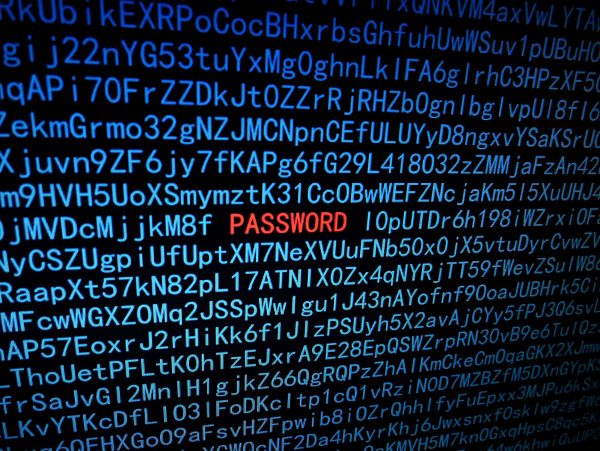 The Government has secretly ordered Google to track certain searches, according to reports.

The U.S. government is reportedly secretly issuing warrants for Google to provide user data on anyone typing in certain search terms, raising fears that innocent online users could get caught up in serious crime investigations at a greater frequency than previously thought.

In an attempt to track down criminals, federal investigators have started using new “keyword warrants” and used them to ask Google to provide them information on anyone who searched a victim’s name or their address during a particular year, an accidentally unsealed court document that Forbes found shows.

“Trawling through Google’s search history database enables police to identify people merely based on what they might have been thinking about, for whatever reason, at some point in the past,” Jennifer Granick, surveillance and cybersecurity counsel at the American Civil Liberties Union, told Forbes.

“This never-before-possible technique threatens First Amendment interests and will inevitably sweep up innocent people, especially if the keyword terms are not unique and the time frame not precise. To make matters worse, police are currently doing this in secret, which insulates the practice from public debate and regulation,” she added.

Google has defended its response to the warrants and claims it is protecting its users.

Welcome to Orwellville, home of the liberal police state.

Very scary implications if abused & everyone is now cased for keyword warrants I hope, Very 666

Why should anybody be surprised at this? When you elect a bunch of socialists that want to do away with our constitution, and borders, just to stay in power, these kinds of actions are pretty normal for them.

ELECTIONS, EVEN CROOKED ONES, HAVE CONSEQUENCES!

but most especially the stolen elections as the “winner”(sic) is an enemy of the people ..

I would hope they do. Now, that should come with a boatload of oversight to prevent exactly what people are afraid of. Did you ever hear of the armored car robbery where one of the crooks went into the bank and asked how much they could deposit before the bank was required to report the transaction to the FBI? That helped get them caught. Anyone researching bomb making, disposing of bodies, etc. probably should be reported.

It amuses me to see how autocratic agendas, that have been on-going since the biblical days of Nimrod, albeit in a much less technocratic way, are suddenly seen as ‘dangerous’; after all, Orwell did not pull his plot for 1984 out of thin air! Crooks begat crookedness! The compilation of information upon persons, segments, and groups of society have been germane to all forms of governance; it is a part of the fallen, depraved, human condition: all men and all women seem to have within them the seeds of evil and wicked desires to rule the heavens and the earth as gods, lords, and masters! Knowing the data in the information on your opposition is key to remaining in power, controlling wealth and the populace, once power is seized! Informational data is one thing, knowledge compiled from the streams of facts another thing; wisdom an entirely different thing altogether!

Do people still use google? I use DuckDuckGo, no tracking.

Joe in Texas
Reply to  Donna

I have been using DuckDuckGo for some time now. It works just fine and it does not A)track your searches B)belong to the Big Tech Corporate giants. Highly recommended. Dump Google, they are bad actors.

FREEDOM! How much does it take before the free people of America wage war on our oppressors like William Wallace did against England in medieval times. When will the last straw break the camel’s back!

This administration is doing all of the things they blames the last administration of doing which were proven false. Government has certain places in citizens lives, but this administration has taken things to the extreme. They want total control on what CITIZENS do and will monitor your searches, bank accounts, vaccinations, etc . while there is no transparency whatsoever in what they are doing. Biden isn’t president of ppl haven’t figured that out by now. He is told what and when to do something, isn’t allowed to speak to the public but only read to us from what is put on the teleprompter and does not have free will to speak. He isn’t allowed to take unscripted questions to what he has been provided a response. His handlers have him sitting in fake White House stages. When he does start to go off what he is allowed, the feed is cut and reporters are rushed out so no one knows what is was going to say. He has no idea what is happening around him or around the world. There is one person sitting in the basement of his multi-million dollar mansion calling the shots and it’s easy to figure out who it is since he was videoed making a speech stating he would love to run the country but not as the one on camera or in public, but rather have someone else with the title and be seen publicly while he sits in his basement in sweat pants calling the shots. It makes total sense when Biden is doing things that no real president would allow or dictate policies through executive orders as he has done. Our national security is the tank just with our southern border debacle alone. It is totally against the immigration laws that are active on the books. Why would a president do this? It’s the need for totally control on each persons life in our country. Obviously a fed rat rotting somewhere.

No such blanket warrants should ever be issued. They are are fishing expedition that could lead to unconscionable as well as unconstitutional invasion of privacy for political and nefarious use.

A Marxist Govt. Good old Joe, The Dem. Party was always heading down this path. Liberalism doesn’t work, never has worked, and in the end, oppression of the people is the only answer for them. It has always been an Anti Christ ideology, even for those who claim to be Christian, like Pelosi, they all know better then God. Their Utopian Society, is with them sitting on the Thrown, they are doomed to Fail, they have always in the past failed, and it is no different Today, but they will cause a lot of misery, and pain, and death, before they are done. They always end the same.

Republicans, Conservatives and Jews are the new Criminals.

Hey let’s put all our information on the cloud . What can go wrong.

TAKE IT FROM AN OLD SOLDIER/COP WATCHING THE SWAMP WATCHING THE ESTABLISHMENT SINCE IKE WAS PRESIDENT, THE ONLY THING NEW IS THE ADVANCED MEANS OF COMMUNICATIONS. CHECK OUT THE LESSONS LEARNED BELOW.

In light of all the activities of the “Left/Progressives” and many other groups seemingly bent on destroying everything we cops and soldiers have/are ‘supposedly’ spent/spending ours careers and in far too many cases giving/gave our lives defending, can you guess which of the following lessons learned were first presented to the public in 1989 by a soldier/cop following 26 years in the army and in his third year as a civilian police chief?

*Soldiers (ground combat soldiers, that is) do not fight first and foremost for their country, the flag, motherhood, girls back home, nor apple pie! Before all else, soldiers engaged in ground combat fight for their fellow soldiers and their unit. Why? Because in every war/police action/whatever including WWII the strategies and tactics adopted by mostly incompetent/corrupt military and civilian managers (notice I said mangers not leaders) were designed to maximize the profits of the military/industrial/political complex with little regard for the those personnel charged with employing the same.
* The Seven C’s of Leadership according to a survey of 1646 Vietnam era ground combat veterans listed of the order of their importance (according to the vets) were; Candor, Competence, Consistency, Commitment, Courage, Compassion, and Courtesy. The reason the soldiers in the survey chose the word “candor” is because to them candor encompasses both omission and co-mission. To a combat soldier lack of absolute candor, be it co-mission or omission, are equal sins! In short, soldiers expect/demand absolute candor from their leaders before all else. Note: The democrats have proven they are masters of co-mission, while republicans have proven they are masters of omission!
* The American people are the most effectively lied to people in modern times thanks primarily to politicians, bureaucrats, academicians, and the media.
* Arrogance plus ignorance equals stupidity (A + I = S).
* The greatest threats to the American people are the corrupt and/or incompetent politicians/bureaucrats/academicians found at every level of government/academia, and the majority of the American so-called media.
* Most of the politicians, bureaucrats, academicians, and media types I have encountered during my years as a soldier/cop I most kindly refer to as; self-serving, witless, cowards. Note: I originally refereed to the aforementioned folks as; “Self-serving, witless, cowardly, pissants!” After retiring to the deep woods I dropped pissants once becoming acquainted with the little fellows; in that I learned that pissants are not self-serving nor witless, and certainly not cowards!
* The American Profession of Arms and our brothers/sisters in the Blue have failed to protect the American people from all of their enemies, both foreign and ‘most especially’ domestic.
* There are only two primary requirements to be a career soldier and/or cop in America. One must be smart enough to do the work and dumb enough to take the job.
* American soldiers and police officers must in addition to mastering all of their professionally mandated tasks learn to accomplish the same with at least one arm tied behind their backs and their vision impaired 50% or more.
* After carefully watching the whole of the political class since May of 1960, I can say without reservation that most of the group will sell their souls and our bodies just to remain in power.
* Want to see what the United States of America will look like if the left takes control of the government? Take your pick: New York City, Baltimore, Chicago, Seattle, San Francisco, Los Angeles, or the complete packages; California, New York, Illinois, etc, etc, etc…..
* If the so-called Progressive movement continues unchecked a number of able veterans are going to be presented with a challenge/decision. Are the American people worth another drop of our sweat and/or our blood?
* The end goal of the elites of this world is not (nor ever has been) socialism, communism, or capitalism. The elites of world have used all manner of ideologies, religions, terrorism, brute force, etc. to drive the masses/peasants/serfs/whatever in one direction. That direction leads to one of the oldest forms of human control ever employed in the history of mankind. That form of human control is, Feudalism!

Soldier/Cop/Grunt, Retired
PS These lessons learned were first developed as the prelude of a book titled: “Rape, Pillage, Plunder, America You’ve Been Had!”. DOD has refused four separate request to publish the book citing still classified information contained therein. Information that names many sitting politicians during the Carter years as subjects in the international drug trade. Three of those politicians (subjects) went on to serve as President of the United States.

None of their business. Illegal! The government wants our freedom gone. Why do “the people of the US “ put up with this stuff?