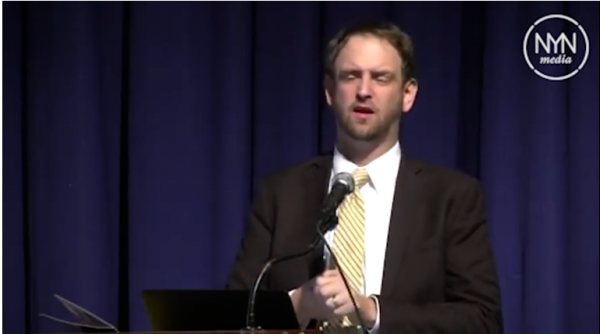 A former White House adviser to former President Obama has been arrested for stealing money from a charter school network he started.

An adviser to former president Barack Obama was arrested on Tuesday for allegedly stealing hundreds of thousands of dollars from a New York City public charter school system he founded.

Seth Andrew, former senior adviser to the White House in the Office of Educational Technology, is charged with wire fraud, money laundering, and lying to a bank, according to the Justice Department. Andrew allegedly embezzled $218,005 from the Democracy Prep charter school network, which he founded in 2005.

Authorities say Andrew used the illegally obtained funds to finance his home mortgage. In August 2019, Andrew purchased a $2,368,000 residence with his wife, CBS News Anchor Lana Zak. Andrew is scheduled to appear in a Manhattan federal court in May.

In 2019, Andrew allegedly withdrew funds from escrow accounts he and other school officials had opened between 2009 and 2013. The funds in those accounts were set aside in case the school dissolved and were not meant to be touched by school officials. At the time he withdrew the funds, Andrew had already cut ties with Democracy Prep.

Democracy Prep continues to operate and has stated that Andrew has not been a part of the organization since 2013.

Is he part of the ‘smash and grab’ policy barry obanana so ably promoted?

God protect America from the evil in DC

The elimination of the federal dept of indoctrination (used to be education) should be eliminated and the entire responsibility for education returned to the states. Everything controlled by the federal government falls into a state of disarray and causes more damage than good. The education of tomorrows leaders is way too important to allow the feds to impose their their perverted agenda on young students.

You are entirely correct. The DOE was never necessary. It was, and is, an agency born of political payback and a taxpayer burden. If it never did anything, it would be better than it’s self righteous indignation and pandering.

Nearly all the federal alphabet agencies are useless and obstructive. In fact, I’d rather pay them to stay home and do nothing if they signed a pledge to do NOTHING.

They will give him a spanking to which he will enjoy .