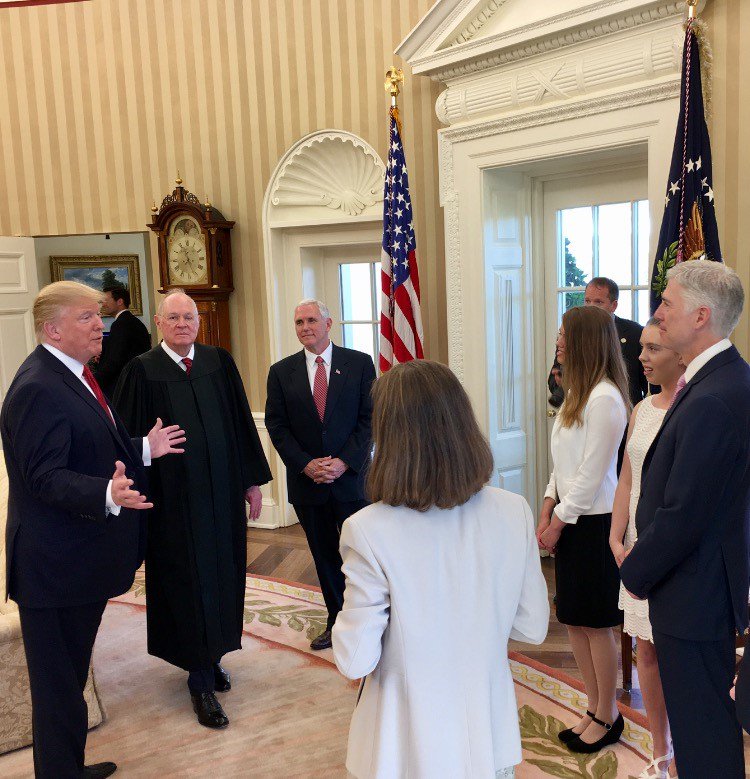 President Trump has appointed a record number of judges to the federal bench and this could shape the courts for decades to come.

Trump last week saw the Senate confirm his 200th judicial appointment, marking a significant milestone for the administration, the conservative legal movement and Senate Majority Leader Mitch McConnell (R-Ky.), who has worked furiously to remake the courts. Not since Jimmy Carter has a president appointed as many federal judges at this point in his first term.

Trump has appointed 53 judges to the influential courts of appeals, the last stop for cases before the Supreme Court, filling 30 percent of its seats with hand-picked conservatives.

Those judges have already made an impact with rulings and dissents on the Affordable Care Act, abortion and executive power, and will be shaping the law long after Trump leaves office. Many of Trump’s appointees have been young, and federal judges serve lifetime appointments.

The average age of Trump’s judges at the time they were appointed is 48 years old, compared with 57 for President Obama’s appointees, 51 for President George W. Bush’s and 50 for President Clinton’s, according to an analysis by the Brookings Institution from late February.

President Trump has chosen judges that experts say will remain faithful to the constitution regardless of the popularity of the opinion.

Great teamwork from majority Leader Mitch McConnell. I would love to know the strategy used to recruit and vet prospects and how the candidates were announced to the Senate Republicans without leaks to the press?

Ruth must vacate her S.C.O.T.U.S. Chair if she cannot PERSONALLY accomplish her duties. A lot of ghost-writing being done on Ruth’s behalf. WE know who. WE have names.

We need mandatory retirement ages for ALL elected and appointed offices

Hiding in the basement Racist Commie Joe Biden (with diminished capacity) needs serious psychological and medical care! The Commie Demoncrats party of Satan, should be charge with elderly abuse on the senile and Dementia inflicted Biden ! He should retire and smell people’s hairs in privacy! Nobody will be the wiser, or for that matter care! Do us a favor, and give up the quest to become president you are not fit to do so! You’ll only be a useful idiot and puppet for the demoncratic liberal commie godless party of Satan!! If the NAZI Commie Demoncrats win, the United States will turn into one big Commie third world shit hole! Guaranteed! Trump 2020 and beyond! Greatest President Ever!