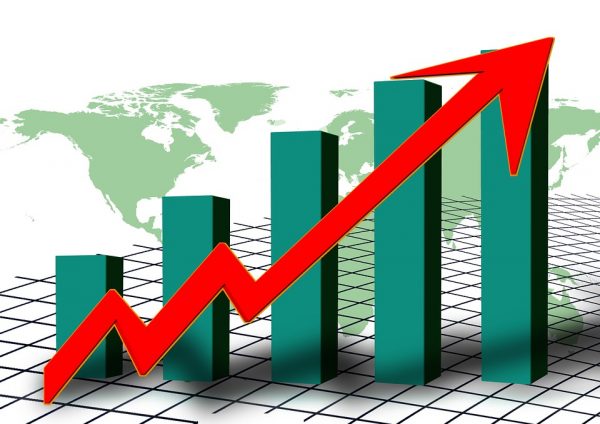 The Green New Deal, Ocasio-Cortez’s child-like fantasy proposal, is expensive. But after some number crunching, they’re far higher than anyone could have thought. The Daily Wire reports:

Socialist Rep. Alexandria Ocasio-Cortez’s (D-NY) “Green New Deal” — a massive government takeover of large portions of the U.S. economy — is projected to cost up to $93 trillion.

Bloomberg reports that Ocasio-Cortez’s far-left plan would “tally between $51 trillion and $93 trillion over 10-years, concludes American Action Forum, which is run by Douglas Holtz-Eakin, who directed the non-partisan CBO from 2003 to 2005.”

“The Green New Deal is clearly very expensive,” the group noted in its analysis. “Its further expansion of the federal government’s role in some of the most basic decisions of daily life, however, would likely have a more lasting and damaging impact than its enormous price tag.”

If the Green New Deal was passed as is, then it would spark a complete economic collapse that would bring the economy back to the stone age.

No one seems to mention whether the rest of the world is on board with this monstrosity called the green nightmare. I guess people will have to take a slow boat to China. Imagine the Vikings sailing the seas with their rowers. Alas, then they went with sails. What happene when the four winds don’t blow.
No more space exploration, but perhaps we ought to send AOC on a one way fact finding tour to outer space to find a socialist alien planet gracious enough to provide her a way back with flying saucer technology. But maybe she would be better staying there. We would be better off as well.

The Criminal Crook Lefty Liberal DemocRATs love this Big Price “Deals to No Where”, were they end up Stealing 3/4 of the price tag!!,…..Remember Solindra, OBozoCare, to name a few, but you get the idea!!,…

She is just the messenger for the UN and their agenda 21 & 30. See if this works for an indepth report on both.https://mail.yahoo.com/d/folders/21

More info. The U.S. approved the implementation of Agenda 21 via Executive Order 12852 issued in 1993. This EO formed the President’s Council on Sustainable Development (PCSD) for the sole purpose of bringing Agenda 21 to the U.S.. Enforcement was accomplished through regulations. Authors of Agenda 21 served on the PCSD committees along with federal employees. Together, they wrote regulations U.S. citizens must obey. These rules gradually return private land to government control and implement all other items in the Agenda 21 plan. One example of these regulations can be found in the Federal Register Vol. 63, No. 163/ Monday, August 24, 1998/ Notices. Look for EPA “Sustainable Challenge Grant Program.”

Correct Graywolf12/ & fyi, LaCoe , Agenda 21 IS NO Longer
Agenda 21. Time ‘frame’ has move up a ‘notch Due To MAJOR
LEAGUE INTERFERENCE thru ‘we’ /POTUS DJT.
> I am not ‘beginning’ to wonder, IF by the ‘power of suggestion’
not to mention implementation 0F deagel.com/US projections.
SOON (enough) . AOC unwittingly ? ‘speaketh’ re ‘THAT ‘projection’.
> Looky there / Do your DD. GRIM at best. Good Luck? ‘G’ Bless.
> Also, Georgia GuideStones ‘Confirm’ The ‘Agenda’. ___

The California high speed rail cost has gone from $48 billion to $98 billion and will now only cover half the original distance. I am sure the NGD will turn out the same way.

There are many problems with this communist plot!!! What about INDIA and CHINA?? As long as they do nothing this scam is just a TAX that cost 32 TRILLION over the next 10 years according to many reports on the ONLY 2 NETWORKS that really giving details!!!

The Witch PigLosi will have a long walk back and forth from California to DC !
LMFAO .. that I want to see !

IT WILL NOT HAPPEN !

New World Order will finally destroy the USA, and get what they want. These crazy people are being paid by the billionaires to destroy us. Trump has his hands full.

ps. MAJOR KUDOS to DJT re N. Korea/Kim.
NO MORE Testing ‘Nukes’ & blowing up
Mountains.
> DJT ‘UNDOUBTEDLY’ DESERVES the
‘NOBEL PEACE PRIZE’.
> Write to appropriate sources w/ your
‘Recommendation’.
> A ways to go w/kim & a
Journey Indeed. but, KIM IS TURNING AROUND,
due to DJT, Kim IS SEEING ‘Prosperity’
For His Country. Human Rights Soon to Follow.
> Awesome, Indeed.

And she plans to get all of the money by raising taxes on the rich. Does anyone really believe that people like pelosi and sanders and obama are going to go alone with raising taxes on themselves to the point where they are paying, according to one of these analysts, about 70 cents on the dollar in taxes. The very same thing that happened during obama’s Socialist Regime, companies will once again go overseas, the rich, who by the way didn’t get rich by being stupid, will no longer invest in American businesses and the entire burden for all of the Free Crap that the Socialists are offering will fall on the backs of us, the people in what once was called the Middle Class.

The would go along with raising them on us but would provide themselves and their supporters an exemption…..thus use the law to steal.

Cortez’s ideas would collapse the US economy that would guarantee guys like Ocasio to accelerate the US hispanization in a very short period ! They will try to implement ideas that will threaten the US existence by using a party that is less american !

Communism and the new green deal makes as much sense as AOC and her NAZI Commie Demoncrats liberal minions and RINOs do! That’s why it fails every time it rears its ugly head! Stop America from becoming another commie shit hole like all the lib run states!

Yep. any time a small group is given power, they take all power.