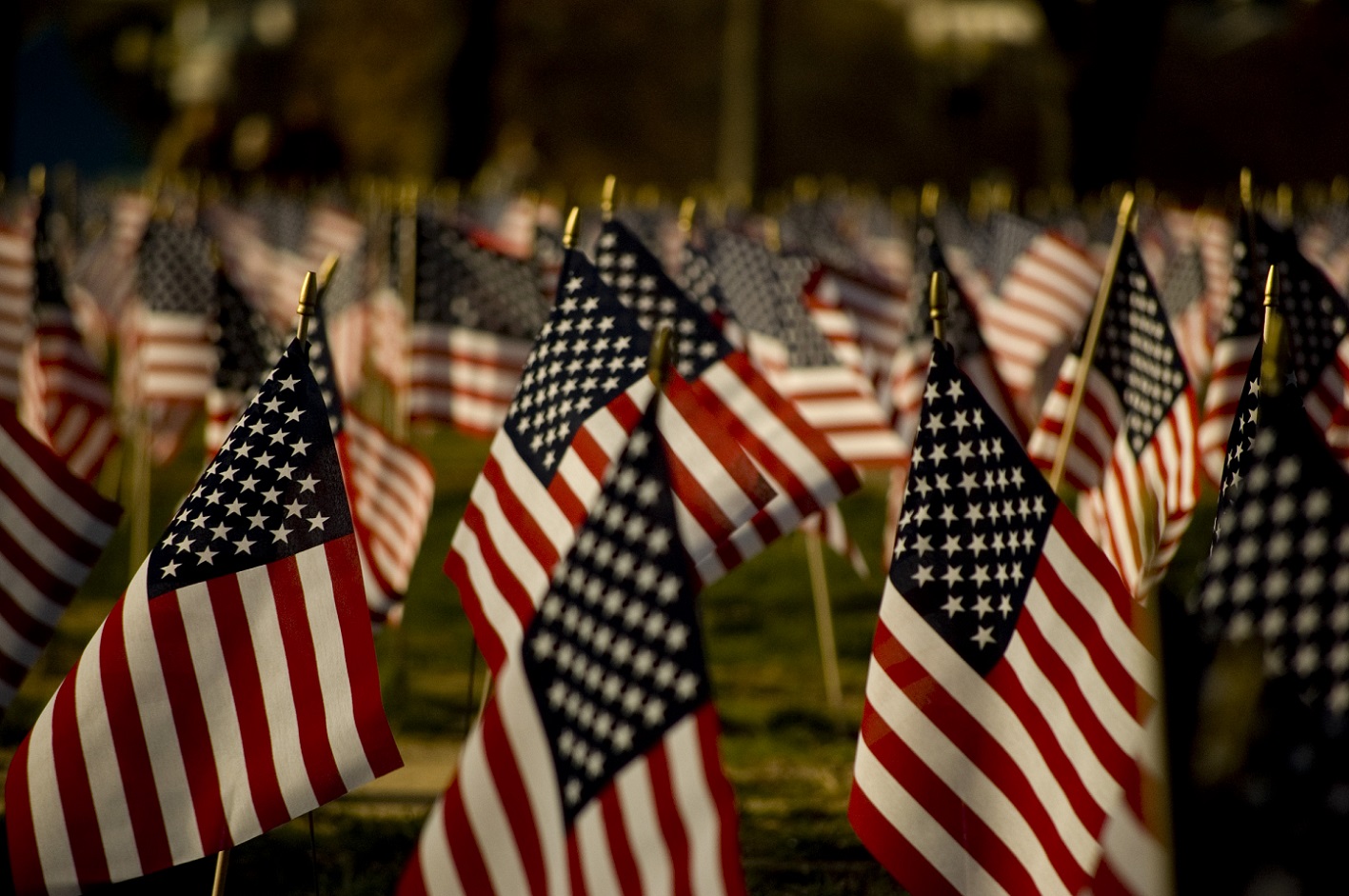 A series of leftist agitators disrupted Marsha Blackburn’s rally by interrupting the moment of silence for the victims of the antisemitic attack in Pittsburgh. The Daily Wire reports:

Leftist protesters at a rally for Tennessee GOP senatorial candidate Rep. Marsha Blackburn had to be removed from the event because of their disruption; one leftist woman even interrupted a moment of silence for the victims of the massacre on Saturday at a Pittsburgh synagogue, shouting, “Marsha Blackburn is a white supremacist.” Five protesters were removed from the rally.

Blackburn, before observing the moment of silence for the victims, stated, “Let’s take a moment and remember those who lost their lives in Pittsburgh and express our gratitude for the law enforcement who responded so beautifully. A moment of silence.” Not more than two seconds into the silence, the leftist hurled the insult at Blackburn. That prompted the crowd to start chanting, “USA! USA!”

One woman was just removed after heckling Blackburn during a moment of silence for the Pittsburgh victims. At least five tossed so far.

Among the protesters were reportedly members of the Black Lives Matter movement:

This is a disgrace on the part of leftist agitators, who accuse Trump of sparking violence yet continue support anti-semites like Farrakhan.

They should arrest them all, and give them jail time and a big fine. Maybe then they will think twice before doing this c…r..a…p.

You are right, because everytime they have these rallys and disruptions, they don’t care because they get hauled off to the precinct where George Soros is waiting to pay their fine and then they’re released. Big deal right? And they don’t mind since they make between $14-$25/hour….by George Soros again. The problem is GEORGE SOROS, if we could get rid of him, things will be a little quieter. We need to freeze his billions and kick him back to Russia…Hungary won’t take him since they withdrew his citizenship a couple of years ago…thats how bad he is!!

Not so man years ago if you pulled this crap in Singapore you got a public caneing. I wish so much we would do that here. Beat the asses of those who act like jackasses in public. Betcha they would all think twice about acting like jackasses after they got their bare butts beaten in public! GO SINGAPORE!!!!!

The lie-beral DEMONocrats (also known as the Corruptocrats) are the Hate Syndicate!

WONT CHANGE MY VOTE i HAVE ALREADY VOTED FOR HER. . . .So the Dems ( oops anti-Semites) are waisting their time in TN Here in our early voting site the Republican voters are setting new records for numbers turning out !

Interrupting a religious moment of silence sums up what leftist democrats are made of.

Unfortunately they are exercising their First Amendment right of Free Speech even if it means acting like an A Hole. They should take their picture and post it on the Internet with a big banner proclaiming that these are the kind of people that support the Democrats/leftists/Liberals/Socialists so everyone knows who they are and can then block them from entering any other rallies. Of course if they just happen to fall down the stairs on their way out naturally well we would all express our sorrow

Same in Ohio. Blue wave yurass.
But do you think the new congress will actually do something to stop the violence and hate crimes by the NWO Marxists including Mad Maxine and her ilk.

I pray they take command and handle it before the lid blows off.

Tony,,,, Disrupting somebody else’s peaceful meeting is in no way free speech. Not at all. It’s far worse then yelling fire in a theater. They must think some are more equal then others if they think taking away other’s right of free speech is OK.

One way or another this shot has got to stop.

I consider what the did the exact same as “yelling fire” in a crowed theater. These are fighting words, and also anti-religious words. Having served 26 years in military, I had learned as a youth, not to misbehave in religious groups, then never, ever interrupt a commander or military speaker in organized meeting. Speak in civil terms, and never raise your voice in anger. That can be shown by words or vocabulary of your speech, and remain within commander’s acceptance. At 89 years of age, many administrations, there are other means of “peaceful disagreement with policies you don’t like, or actions that need change”. I do not want to see anyone imprisoned, but they should pay healthy fine, and name should keep them out of similar meetings, in future. Let them find a tree, or rock to tell their troubles to, if they cannot find a legal means.

Freedom of speech doesn’t give you the right to bash someone.There is a limit to what you can say.

Well Taylor Swift this is the kind of disrespect that you are standing for. They can’t even respect a moment of silence for people that were murdered. Hope this helps your career. Not.

Interrupting a moment of silence shows you just what kind of morons you are dealing with!! These people are violent and the harassment needs to stop!

Common decency & respect are lost on them. What a shame!

Revisit the exile program. Many of us are sick of feeding, housing and prosecuting traitors and seditionists…..EXILE those that obviously hate America!

A vote for any Democrat is a vote for more mob behavior, more in-American behavior, more violence, and undermining the basic principles of our Republic. These people are not interested in improving the country. They just want to get their hate ratified.

Gang, this shit is really getting to me and it’s not a good thing at all. I am beginning to get that old hard assed feeling about just about everything that I had in Vietnam. No emotion, no quarter. I don;t care what happens to the enemy as lon as we end up on top. These damn NWO Marxists(democrats) are attacking the good guys on all fronts and getting away with whatever they pull and nobody has been doing anything to stop these criminals.

I think it was a hoax but I can understand how a guy like the nutcase bomber could get pissed off enough to actually start killing the enemy. They have been doing it to us haven’t they?

The election is over next week and the President better loose Jeff the inert Sessions toots-sweet and get someone in command of the DOJ that will start ranging in these criminals from Mad Maxine down to the the last NWO Marxist useless idiot that was bad rapping the Jews at the rally or all hell is going to break loose.

And as far as “the women and children” in the division sized column of enemy invaders about to assault American soldiers on the Southern border goes,,,,, If there was no problem killing the 14 year old Weaver kid and his mother,,,,and even his dog on Ruby Ridge I have no problem wiping out every living thing in the invading column. If killing American Citizens is OK in Idaho because a guy missed a court date, then killing enemy invaders trying to overrun US troops is OK too.

My ilk hated and still have no use for the royal exalted boma but we didn’t riot over him but the NWO Marxists with Trump Derangement Syndrome have gone WAY too far and if their divisive hate is not ended tis will not end well for anybody,,,,but it will be worse for them. Arresting and trying their criminal leaders will save many commie lives in the long run.

May the old Democratic party of Harry Truman and JFK that used to be the loyal opposition rest in peace. It seems as long as they exist the NWO Marxists that that party became will not allow peace in this country as long as they are allowed to exist even if it means bending the constitution as the royal exalted boma did when ever it suited him.

If we do not stop them, they will put an end to the American way of life and make the country so many faught and blead, and died to keep into a banana republic.

Get out and vote for the GOP in Nov. to save the country from NAZI Commie Demoncrat liberal mobs!They want to make America into another Venezuela!Obama almost got us there! Now that America is great again because of Pres.Trump let’s keep it that way!

And when they lose big time next Tuesday watch out! They believe they deserve to win and won’t take it kindly when they don’t. People need to prosecute to the fullest extent of the law no matter what. They can’t keep getting away with this stuff.

wpDiscuz
21
0
Would love your thoughts, please comment.x
()
x
| Reply
You are going to send email to
Move Comment