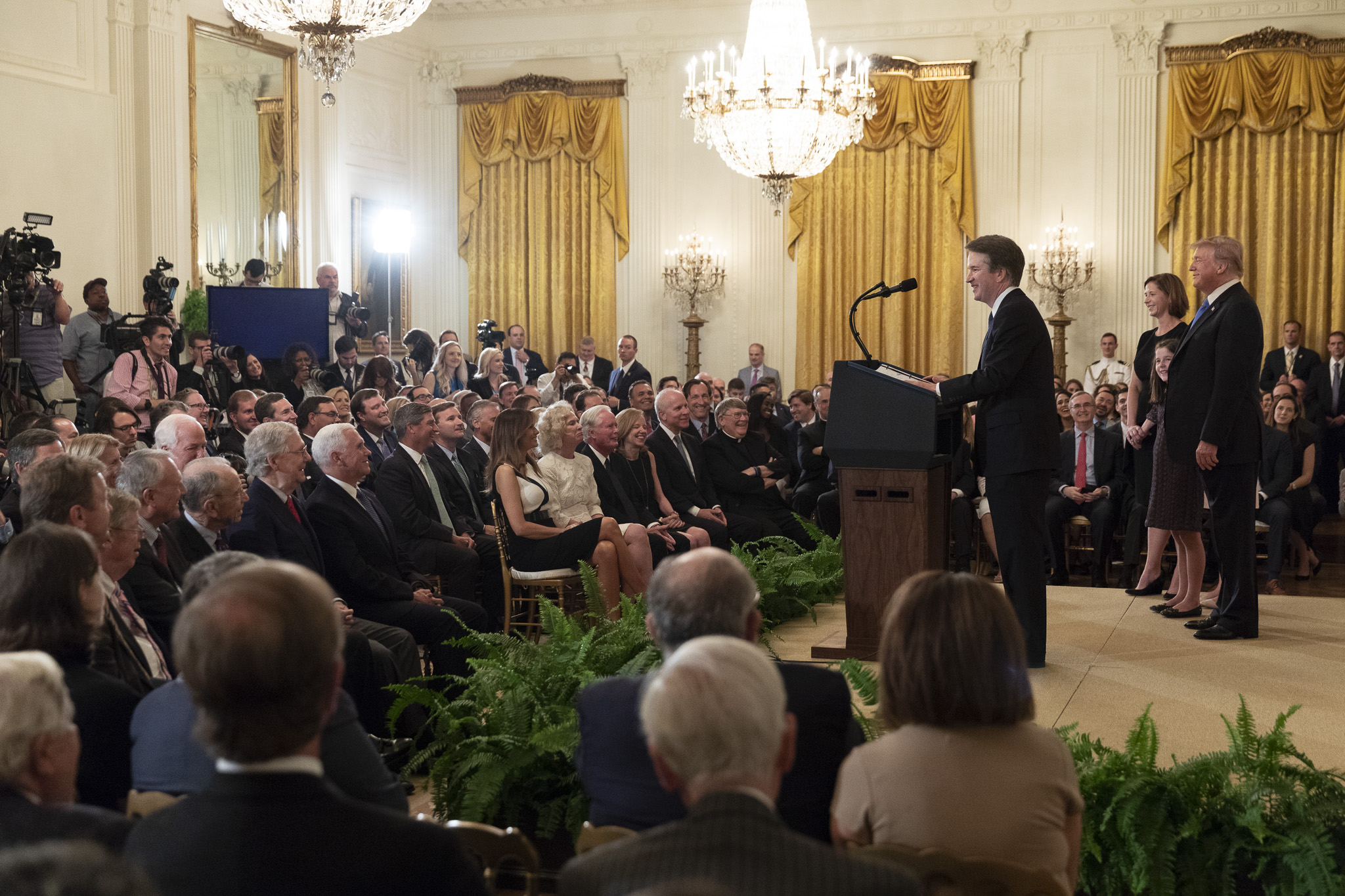 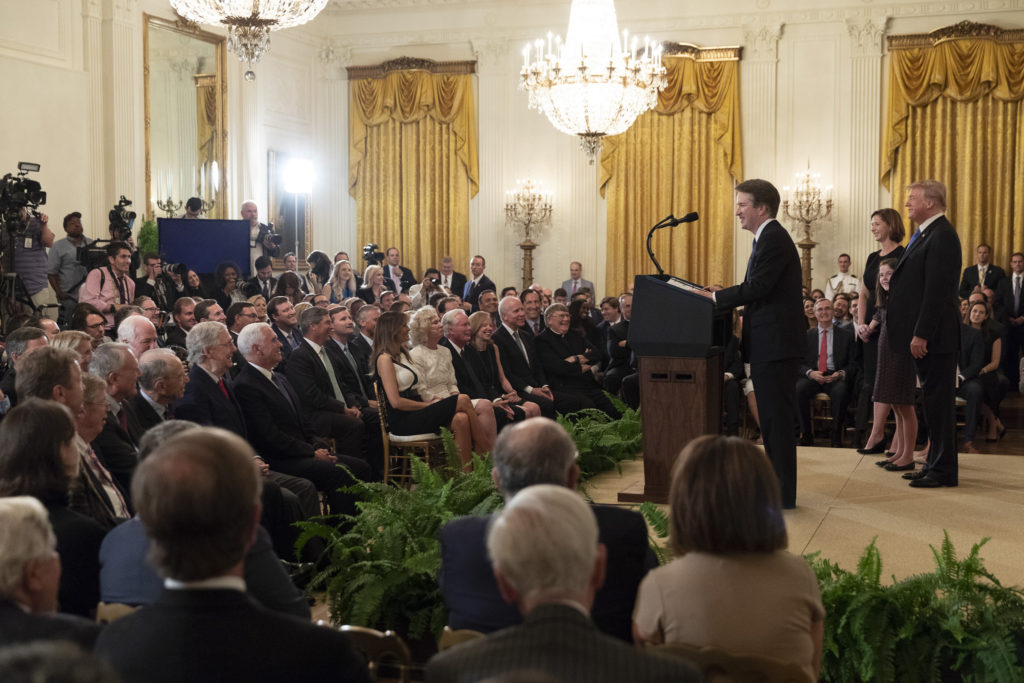 Editorial boards across the country are calling Judge Brett Kavanaugh an “excellent choice” for the Supreme Court, touting his “exemplary record” and “first-rate legal mind.”

THE WALL STREET JOURNAL: Kavanaugh for the Court

“Judge Kavanaugh has an exemplary record that suggests he will help to restore the Supreme Court to its proper, more modest role in American politics and society. Mr. Trump stressed the 53-year-old Judge Kavanaugh’s legal credentials Monday evening, and well he should … He has the experience and intellect to be a leader on the Court.”

“Brett Kavanaugh is a highly qualified ‘originalist’ who will help return the U.S. Supreme Court to its proper function in American society. The Senate should quickly confirm him. Judge Kavanaugh, who serves on the U.S. Court of Appeals for the District of Columbia, the nation’s top appellate court, fits President Donald Trump’s promise to appoint judges known to adhere strictly to the original language of the Constitution and its amendments, and to closely follow the law as laid down by Congress.”

“Brett Kavanaugh is an intelligent and deliberate judge who is poised to become a conservative thought leader on the U.S. Supreme court. His record on the appellate court suggests that President Trump’s nominee to succeed Justice Anthony Kennedy will maintain a commitment to interpreting the law as it is written, and not how he may wish it had been crafted. A neutral interpretation of the law is all anyone can ask of a Supreme Court justice.”

“Brett Kavanaugh is a good and decent man who promises to uphold the rule of law rather than attempting to legislate from the bench. We applaud the president’s choice.”

NEW YORK POST: Brett Kavanaugh is an Excellent Pick for the Supreme Court

“Once again staying true to his campaign promises, President Trump just nominated Brett Kavanaugh as his pick to replace Justice Anthony Kennedy on the Supreme Court. It’s an excellent choice.”

“Judge Kavanaugh is eminently accomplished. A graduate of Yale Law, he clerked for Justice Kennedy before working in the George W. Bush White House. He was confirmed for the D.C. Circuit Court of Appeals in 2006 and has written more than 300 opinions during his 12 years on the bench. Judge Kavanaugh is firmly in the judicial mainstream.”

“More important is weighing whether Kavanaugh will do the job in a careful, conscientious way, with a deep respect for the text of the Constitution, the language of statutes and the different responsibilities of the three branches of government … Kavanaugh’s record suggests that by these standards, he’s highly qualified. In 12 years on the U.S. Court of Appeals for the District of Columbia, which deals with especially complex regulatory cases, he’s authored some 300 decisions. Taken as a body of work, they reflect a great allegiance to the words of the Constitution.”

“Kavanaugh is an experienced, well-qualified pick, and would have easily won confirmation if that were the criteria used … Judges, including Supreme Court justices, should be weighed on their ability to interpret the law as written, not the political preferences of those voting on their nominations.”

THE INTELLIGENCER AND WHEELING NEWS-REGISTER (WHEELING, WEST VIRGINIA): Manchin Should Back Nominee

“Kavanaugh has said that if confirmed to the Supreme Court, his allegiance will be to the Constitution as it is written, not to his personal preferences. That is precisely what the nation needs. That, not how Kavanaugh may rule on any single issue, ought to be Manchin’s concern.”

BOSTON HERALD: Nix the Toxic, Give Brett Kavanaugh a Shot

“Kavanaugh is a solid pick for the Supreme Court. He is a true conservative and considered a brilliant thinker by his contemporaries.”

“Judge Brett Kavanaugh, President Donald Trump’s new nominee for the Supreme Court, is a whip-smart legal conservative. As a judge in the highest-profile appeals court in the nation, he has shown an exemplary dedication to the rule of law.”

“[N]either Judge Kavanaugh’s words nor his achievements nor his character will give any fair-minded lawmaker, Democrat or Republican, reason to conclude that he is anything but a first-rate legal mind and a conspicuously qualified nominee.”

We will see when our illustrious senate takes the vote. Honor, facts, and the ability to tell the truth are like kryptonite to liberals. I continue to hear liberals regurgitate the same crap that this selection is not what America is about. Don’t they pay attention to last election, no they don’t. Trump ran with the understanding he might have two or three choices to make for the Supreme Court. Knowing this he was elected. Thank God for that. Had killary been elected America would cease to exist as we know it.

Is Judge Kavanaugh the one who drafted W. Bush’s Patriot Act? It takes away part of our Constitutional rights doesn’t it???

Sure didn’t see my Tucson Daily Star listed. Or Associated press or any Network media listed.,

Hate to say this, but their praise worries me immensely.

I am sure I helped pay for obamas fancy car.