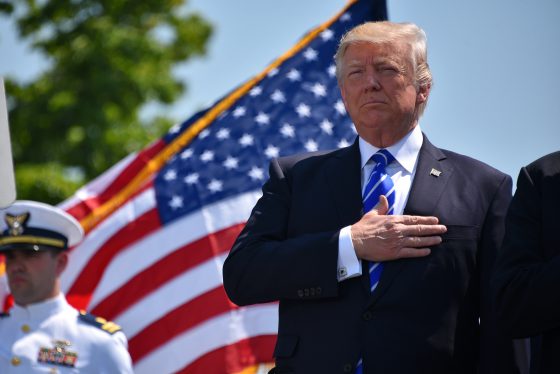 Is Trumponomics having a second honeymoon? The IBD/TIPP Economic Optimism Index surged to the 2nd-highest level since 2004 as the jobless rate matched a nearly 50-year low, the Nasdaq briefly scaled new heights and President Donald Trump pushed contentious immigration and trade policies

The IBD/TIPP Economic Optimism Index rose 2.5 points to 56.4 in July, just off February’s 13-year high of 56.7. Readings above the neutral 50 level reflect optimism. It’s hard to ignore the role of Trumponomics. In fact, Americans’ view of federal government economic policies, almost always negative since the financial crisis, vaulted into solidly optimistic territory for the first time since late 2006. Midwesterners haven’t felt so good about federal policies since early 2002, and rural voters even longer than that.

The six-month economic outlook gauge climbed 2.2 points to 53.4. That’s a solid reading but still well below February’s 57.5, two months after President Trump signed the tax cuts into law. The six-month personal financial outlook index gained seven-tenths of a point to 62.8, still below January’s 14-year high of 64. Meanwhile, the measure of confidence in federal economic policies jumped 4.6 points to 52.9. The gauge hit 58.9 in the Midwest and 54.1 in the South. It remained in slightly pessimistic territory in the more-liberal West and Northeast. In rural areas, the federal policy gauge soared to 63.5 vs. 53.0 in suburban areas and 41.6 in urban areas.

Politics tends to be a divisive subject, but even liberal areas are conceding that the Trump economy is soaring. America needs good news on her 242nd birthday, and President Trump’s kept promises are a great place to look.

It will not be his fault What goes UP does also go DOWN.
I can assure you that when it does go down, the left and RINOs and the elite ONE WORLD ORDER will blame him.

there are cycles to EVERYTHING in economics..The NEXT recession will likely be relatively mild and short lived.. President Trump will NOT implement the insane band aid fixes of “barry”.. NO huge bailouts ..you fail,YOU FAIL…

Our President is doin a great job, sonething the democrats could never accomplish.

Imagine what good things President Trump could accomplish if the DEMONocrats would just work with him !