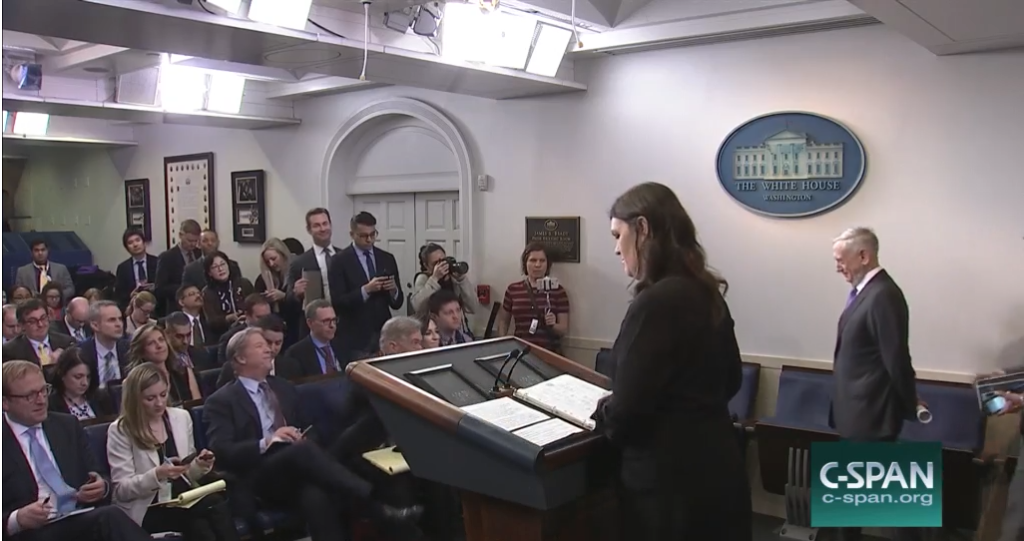 “The United States is aware of the information just released by Israel and continues to examine it carefully. This information provides new and compelling details about Iran’s efforts to develop missile-deliverable nuclear weapons. These facts are consistent with what the United States has long known: Iran had a robust, clandestine nuclear weapons program that it has tried and failed to hide from the world and from its own people. The Iranian regime has shown it will use destructive weapons against its neighbors and others. Iran must never have nuclear weapons.”

This is such sophistry, Successive regimes all state that Iran must not have nukes, yet do nothing, as Iran works tirelessy to produce nukes. Then when they unveil their nuclear weapnry, the politicians will play the blame game.
If Iran is not taken out now, then, after it nukes TelAviv, will we wake up. Probably not.

I think the US should hold Mexico responcible when they allow people to break Mexican law allown these people to go to US borders to break US laws.
If the congress would change the laws punishing illegals with a felony not a mistameaner as they are charged now. If they think they would spend 10 years in jail at hard labor in stead of asking them to come back at a later date than they disapear.

Congress is covering up many of the wrong doings and will do nothing but cover up American people have demanded a second special counsel and still nothing because I think they are waiting for time to run out President Trump must act NOW. American people must insist on border wall and drain swamp starting with IRS, FBI, DOJ.

Maybe we can arrest Obama and give him life in front of a firing squad , As far as Iran is concerned Israel and us could turn their desert into glass in a weekend !

I don’t know about the rest of the country but most people who have been breathing have this info already. We don’t need Israel to tell us what Obama’s money to Iran has been spent on.
This just confirms just one more thing that Obama did to the world and American citizens in his quest to undo America. Somehow he remains untouched by any Congressional investigations or any media who might somehow have a weak moment and tell the truth. This is just another mess Obama left for Trump. If there was any justice Obama would at the very least be in Prison.

LETS JUST GET THIS OVER WITH.WE WILL NEVER WALK AWAY FROM THE JEWISH PEOPLE PERIOD.

MR PAT W., SIR, THE JEWISH PEOPLE ARE GOD’S PEOPLE, WE ALL KNOW THAT, MAYBE YOU DON’T. ISRAL PEOPLE ARE THE ONLY PEOPEL THAT STAND WITH AMERICAN WERE AS THE REST OF THEM COUNTRY’S WOULD LIKE TO KILL US,
ITS TIME FOR US TO SEE WHAT WE CAN DO TO PLACE OLD OBAMA IN JAIL FOR LIFE AND HE WAAS NEVER BORN IN ANY STATE OF AMERICA, HE HATES ALL OF AMERICA.. WISE UP AMERICA ITS TIME TO TELL OUR GOVERMENT TO PLACE OBAMA IN JAIL NOW.

LOOK FOR 35+ YEARS WE BEEN PUTTING OFF WE NEED TO DO WITH IRAN.
THE ONLY ONE WITH THE BALLS TO GET IT DONE WITH IS MR. TRUMP, YES?
THE BUSHES SHOULD OF NEVER WENT IN TO IRACK, WE SHOULD OF USED OUR AIR FORCE, AND HAD SAD DAM PEOPLE DO THE GROUND FOR US, IRAN WOULD NOT BE IN POWER RIGHT NOW, NO WMD START A WAR DO YOU KNOW WHAT WMD STANDS FOR A WAYS MAKING DOLLARS, STOP GIVING OUR MONEY AWAY VOTE TRUMP, TAKE CARE

To think they gave Obama a nobel peace prize! He should face a firing squad for his actions with Iran as should John Kerry! Making a deal with a regime that hates us and sponsors terrorism through out the world was treason. To also give them 1.8 billion dollars to further their nuclear ambitions is more than treason.
Why is this parasite and anyone else that was involved in this disaster not in jail?

Will the rogue nation, Israel, which has committed numerous “false flag” actions (including attacking the USS Liberty) ever be required to account for their nuclear weapons program (largely stolen from the US)?

Merlin, you have made accusations without any facts to substantiate even one.

Repeal the Iranian deal and do not allow them to have access to any harmful weapons or”agents”! Period

Mr Merlin get your head out of it. If you can’t contribute more in a statement than you have shown here? You must be brainwashed!!!!!

Well, Thanks to Jimmy Carter, who single handidly helped dethrone The Shah of Iran, a friend of the U,S, , we now have to deal with another Democrats disastrous Foreign Policy. The only reason Carter is no longer listed as one of the worst Presidents in our History, is because that Kenyan born Communist that the crooked Dems got elected as President (Obama) came in and immediately went about tearing this country down. There is no doubt that every move he made while president was crafted to put the hurt on America. I say good riddance to that sorry piece of trash. He should definitely be put on trial for Treason, then Hanged.

We knew the Iranians had nukes from the get go. Israel will be our first line of defense when needed.
In the mean time “ Close the southern borders and Mexico will negotiate in good faith trade practices and help pay for the wall. If not, shut them out!!!