Skip to content
HomeScheduleVP Pence: North Korea Has Been Warned 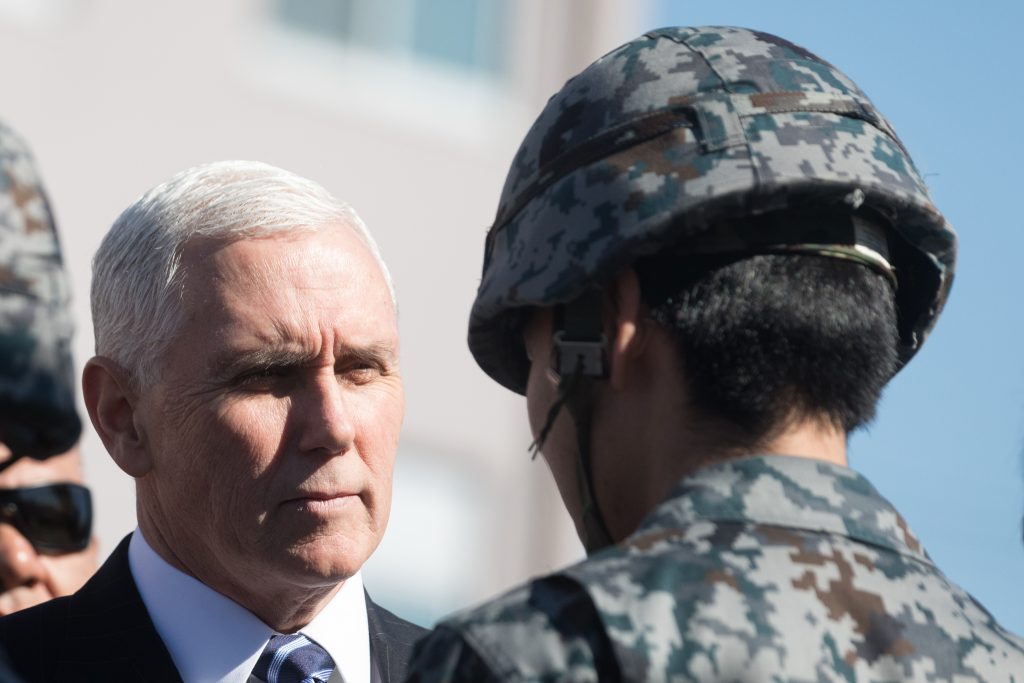 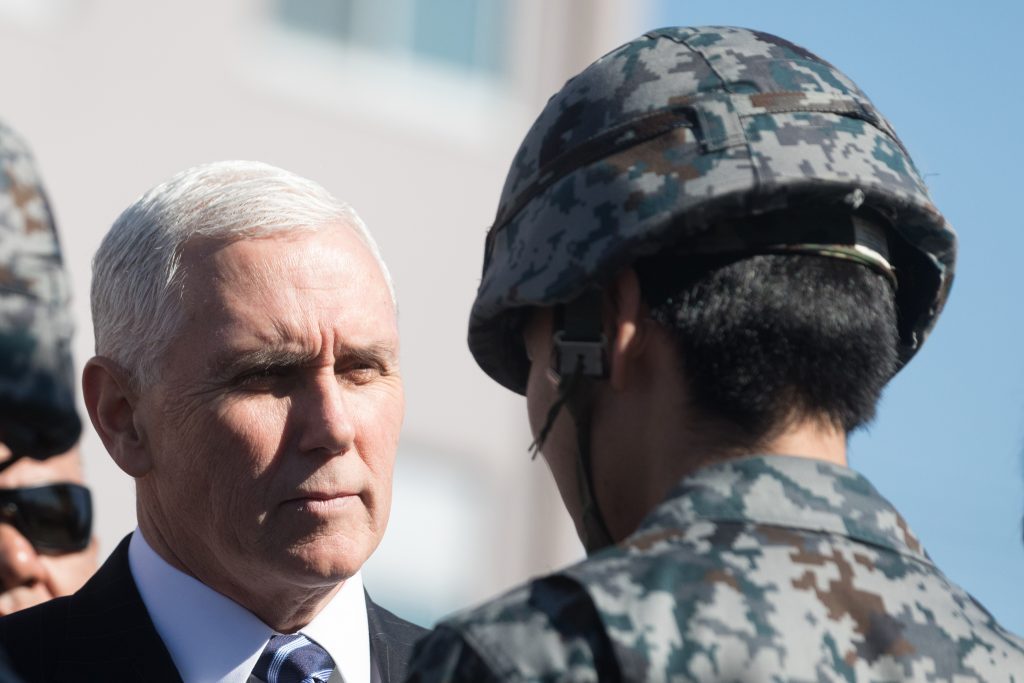 Vice President Mike Pence completed his first day in Japan where he met with Japanese Defense Minister Itsunori Onodera, participated in a bilateral meeting and a joint press conference with Prime Minister Shinzo Abe, and reaffirmed the United States’ unwavering commitment to the United States-Japan alliance.

The Vice President’s day began with a visit to the Japanese Ministry of Defense. There he saw one of the Patriot missile batteries that protect Tokyo. The Vice President said that the full range of American military capabilities is dedicated to the protection of Japan.

Afterwards, the Vice President arrived at the Kantei to begin his meetings with Japanese Prime Minister Abe. The Vice President announced the United States will soon unveil the toughest and most aggressive round of economic sanctions on North Korea ever.

“We have brought unprecedented diplomatic and economic pressure to bear on North Korea through our maximum pressure campaign,” the Vice President said.

“We will continue to isolate North Korea until it abandons its nuclear and ballistic missile programs once and for all.”

Vice President of the United States

Vice President Pence and Second Lady Karen Pence joined the Prime Minister and his wife for a dinner at the end of the evening.

Tomorrow, the Vice President will travel to Yokota Air Base to receive a briefing on our bilateral ballistic defense capabilities and address the members of both our Armed Forces. He will then travel to Seoul to further discuss security and stability on the Korean Peninsula. Vice President Pence and Mrs. Pence will also lead the U.S. Delegation to the 2018 Olympic Winter Games in Pyeonchang to reinforce the strong U.S. presence on the Korean Peninsula and send a clear message of American resolve to the North Korean regime.

This is Vice President Pence’s second visit in less than a year to Japan and the Republic of Korea.

SHARE THIS WITH YOUR FRIENDS:
Tags:Asia, Japan, North Korea, Pence

Proud of our VP. Way better than the last joker.

As much as I support President Trump, I am concerned when he goes “off script” and shoots from the hip. In this nuclear age that stakes are too high for playing “macho” stuff with these personalities. He needs to be more cautious in using words like “treason” and playing at “who has the biggest (nuclear) button”. He can still be effective without inflammatory inaccurate language.

Look Mel, President Trump is speaking the language bullies understand. Bill Clinton and Obama emboldened NK by being weak and giving them the money and resources they used to build their Army and Nuclear arsenal. They need to understand that they are commiting suicide if they use those nukes.

Keep up the great work!

i love my prez and vice prez-Make America Great Again!!!!!

Keep up the great work. The Pres/VPres are making America proud again!

Thanks President Trump and Vice President Pence for bringing America out of our coma state of mind the last administration left America in.

Is this Visit with Vice President Pence going to mean something, or is this all hype and talk. Something real serious has to happen soon. This Guy Kim is insane to try to go to War with the USA and JAPAN and South Korea. If something isn’t done soon many Millions “COULD” DIE.
Also Home Land America is now Possibly in North Korea’s Sights. This is Totally Real.
BOBBY~!~

I am amazed at how some Americans still criticize our great president for his tweets. They fail to understand why he tweets in the first place. They do not realize just how bad our press is and thus, he has to tweet in order to get his message out. I love his tweets and believe me when I say, he will not get us in a nuclear war because he understands what this would mean. He is increasing the pressure on Kim Um via sanctions and more are to come in the future is Kim does not stop his belligerent actions. I fully support President Trump because he is doing a great job; in spite of not being a politician.