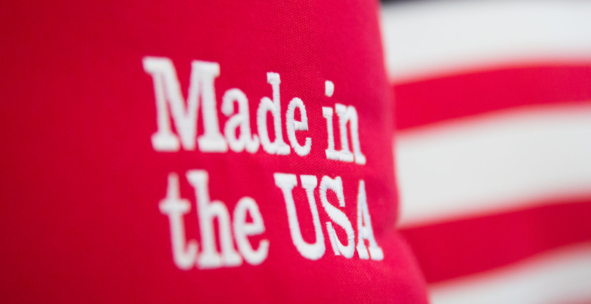 In 2011, a group of Chinese nationals dug up genetically engineered seeds from an Iowa corn field and planned to steal and send them back to China, so they could be reverse engineered. Those seeds, the result of years of research and millions of dollars of American investment, now stand as one of countless pieces of evidence in the case against China for intellectual property theft and unfair trade practices. Now, President Donald Trump is standing up to China, which wrongly believes it can bully our farmers to get America to back away from defending our national interests. The president understands that our farmers feed, fuel and clothe this nation and the world, and he will not allow U.S. agriculture to bear the brunt of China’s retaliatory tactics.

To stop China’s predatory attacks on America’s innovation base, President Trump is instituting a program of tariffs and is considering investment restrictions and strengthened export controls. These tariffs will help pressure the Chinese to stop engaging in unfair practices and fully open up its markets to U.S. products, including U.S. technologies. The correct response from China would be to stop stealing from Americans and give American products a level playing field to compete in China, not to retaliate and reinforce its own position.

President Trump has said correctly that if China captures the industries of tomorrow, America will not have an economic future to look forward to — and our national security will be severely compromised. Cutting-edge technologies — from artificial intelligence, autonomous vehicles and biotechnology to aerospace, high-tech shipping and robotics — are critical to our defense. We are faced with a decision: Will others determine our destiny, or will we control our own future?

Sonny Perdue is the Secretary of Agriculture. This op-ed appeared in USA Today on June 25, 2018.

Trump does not want China to get their soy beans from America.

Like the live chickens being sent to china, from America,
to be processed and then sent back to America for sale…………
because it is cheaper to transport and dress off in China and send back..
I’m not making this up!

zee
Reply to  David in MA

Good jbo Mr. President keep it up. The people who vote for democrats just don’t understand all the good you are doing.